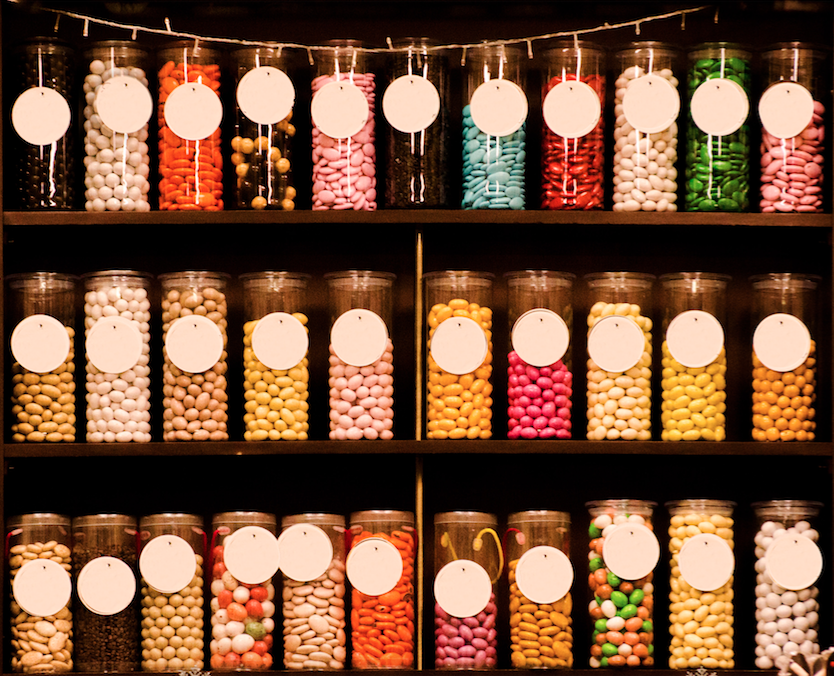 Ahh yes. The leaves are falling, the snow is coming down (if you live in the North like me). And candy wrappers are dropping into the trash. So, what are zero waste candy options to avoid said wrappers?

In 1964 the world was all ablaze with the idea of poisoned Halloween candy. A woman named Helen Pfeil was charged with endangering children after giving out non-edible items for trick or treating. Some of the things she gave out included ant poison, dog treats, and steel wool. Please note, these were all labeled saying DO NOT EAT, NOT EDIBLE. Turns out she was annoyed with older kids trick or treating and taking all the candy. So she gave these things to older kids to teach them a lesson. And a legend was born.

Several different cities throughout the United States published reports of similar happenings that same year. None of those reports were ever substantiated.

But, due in part to the hysteria (well deserved) after the Tylenol poisonings, people became increasingly aware of the dangers of packaged products. This has led to the myth of the “Halloween Sadist” a term used to describe someone handing out poisoned candy.

Except it’s not really a real thing. Somewhere between one and two cases of tampered with candy are real every year, and practically all of them are pranks, or more malicious things, carried out by family members themselves- not strangers.

Not a single person has ever died from tampered Halloween candy given by a stranger. But that doesn’t really stop people from worrying about it.

So how does that fit into your plans of not using single-use plastics?

How can you convince neighborhood parents you’re not out to kill their children with unpackaged treats?

In some parts of the world, it is common for people to pre-arrange what houses they will bring their kids too. In this tradition people also stay longer, enjoying a few treats (cookies, cake) and spooky decor.

If you decide to go this route you can easily eliminate this whole problem. Of course this works best if you know lots of families with kids and have a house suite for hospitality.

Whatever you make need not be in plastic wrappers- or wrappers of any kind. Plus, if you know of kids with dietary restrictions, you can make special treats just for them.

As a recent graduate from kid land- this is not the preferred route.

The first year I moved to the town I lived in now I had a bizarre Halloween experience. Basically there were some weird people that lived down the way and they had their lights on for trick or treaters. Following the standard tradition, we knocked on their door. The wife of the couple that lived there opened the door. And, I’m not joking, SHE MADE US SING A SONG TO GET OUR TRICK OR TREAT EARNINGS.

And when we sang the song she gave us a weird dried bean pod which you could shake as a rattle. Overall I’d say that experience soured non-food trick or treat prizes.

But, if all the other ideas are complicated or inconvenient (or if you just have the BEST idea) non-food items are a great way to go.

Again, if you know kids with dietary restrictions- this is another great option. This idea would also be great for older kids/people.

P.S. this little ghost candle would be the cutest non-food trick or treat item

There are two zero-waste candy alternatives that are packaged. The first is kinda hard to get a hold of and expensive and the second is easy, though just a bit of creativity is needed.

So, number one, there is a candy that has compostable wrappers. But it’s expensive. Around $45 for 60 truffles. So less than a dollar, but still more than I would pay.

Boxed candy is a great eco-friendly candy packaging. Some do have plastic bags inside. But I know that Nerds don’t, plus they are available pretty cheaply in fun-sized packaging. So, in my opinion, go with nerds.

That’s just about all the ideas I have, do you guys have any more? Let me know ’cause I’d love to hear about it!

Check Out My Insta!No images found!
Try some other hashtag or username