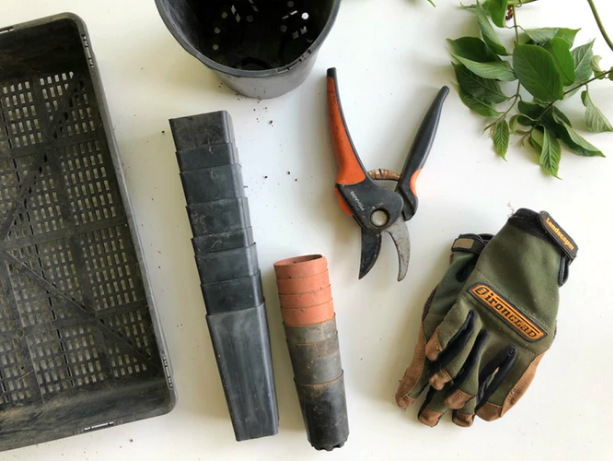 I am, at this insane and incredibly unpredictable time, in an incredibly privileged position. I live in a house with my parents who both work from home- so they can still work. We also live next door to our grandparents in a double lot so we have a large backyard we can explore in and let the dogs play in.

It also means that, as Montanans embrace their true calling as survivalists emerging from their doomsday prepping cocoons, my family is able to do the same thing.

Our water is through a well on our property- we don’t use city water meaning that’s not something we’re too worried about. I’m also not sure if we should be worried about water.

No one knows what to be worried about or how far this will go or if it will be over soon or not. And that’s scary. That’s really fucking scary.

Meaning we’re all kind of left in a weird limbo of trying to not be alarmist and also being incredibly alarmed.

Given that my younger brother is still in high school and my parents both work, now that I’m not working (I work(ed) at a hotel) I’ve taken it upon myself to begin the process of growing food.

I once killed a cactus because, and get this, I didn’t water it enough. To be fair I had it on a window sill and then lowered the blinds and didn’t raise them for months and when I did, guess what? The cactus was so dry it literally crumbled in my hands when I touched it.

Washed and disinfected seedling trays and inserts and lids to prevent damping. I used instructions from the Prairie Homestead – which is an awesome blog btw. Way too cold out to use the outside hose so I used my parent’s bathtub to wash and rinse them. I got water everywhere. It was a bit of a nightmare but I got it done.

Today I planted Swiss Chard, two varieties (Bright Lights and Five Color Silverbeet.) I started with Chard because I don’t really like it so I figured if I messed it up it would be fine. I used Miragro Seed Starting Potting Soil to fill up the little styrofoam containers.

Today I planted Red Acre Cabbage. I live in Zone 4 so our last frost date isn’t till May so I’m only planting things that have a good frost tolerance. Red Acre cabbage is more tolerant than standard cabbage. I didn’t want to use all my standard seed trays immediately. Instead, I used toilet paper tubes and egg cartons in an old catering tray to catch the water.

Cauliflower (of the Snowball Y variety) was the target of today’s planting. I used another one of the styrofoam starting kit things. But, because I used two seed packets, I had a ton of seeds left so I used old containers which I poked holes into and filled with dirt. I raked the dirt with one finger to make two rows and I spaced the seeds as evenly as I could.

A shelter in place order was called for Montana at 12:01 March 28 so I spent the day with my girlfriend before I wouldn’t be able to. We had breakfast (her birthday is the 30th and so I made her a cake for her early birthday) and then I noticed that my chard was growing! The seedlings are a bit leggy which is pretty understandable as I’m not putting them under a grow light but a south-facing window. I’ll be rotating the tray more than I was before to make sure that they’re getting more even lighting.

My cauliflower and cabbage seedlings are emerging! There is a little bit of an issue though as the cabbage and cauliflower came up with fuzzy bits of mold. So yuck. I looked it up and apparently it’s not bad for the plants, but it does mean that they have too much water. Which makes sense because I forgot to water the chard every day but I did with the cauliflower and cabbage. I’m gonna be more cautious about it now.

Next Time on Apocalypse Diaries…

…our intrepid heroine checks up on her seedlings, was she able to get the Chard to be less leggy? Did the mold on the cabbage and cauliflower go away? Next Sunday, 2:30 MST.