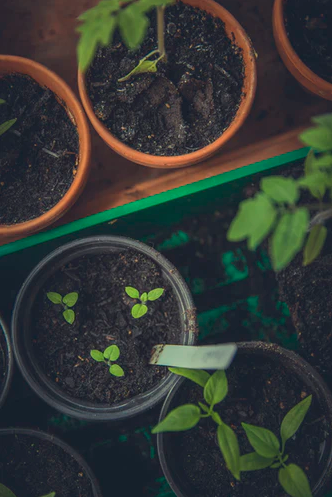 Gotta say I write these every day so I can remember what I did but it’s now the 14th of April and I have no idea what I did. Brilliant. I am so brilliant. Read on for up to date entries.

I’d seen on the Lowe’s website that the .75 cu Miracle-Gro garden soil was 4 for $10 so I headed to Lowe’s to grab some. When I checked out they were even more on sale at $2 each.

I added some kitchen scraps to the hugelkultur bed I made Sunday (the oldest one) along with a bit of Sta-Green Vermiculite. IDK if that will actually help my plants, but given that I don’t have any long decomposing compost perhaps the Vermiculite can imitate its good effects.

Afterward, I dug an eight-inch trench in another area of our garden which will also be a hugel bed. So far I’ve done about six feet of the around 25 feet I need to do.

Life Hack: we have an old hoe where the wood handle was broken at some point making it a very small one. I love using it since it means I have more leverage when using it as a ‘pickaxe type tool’ when digging into new earth.

Back at it again with my hoe I added about ten feet to the hugelkultur bed I’m working on. At some point, I’m planning on taking pictures (okay, I already took them but I didn’t love the lighting and it didn’t quite demonstrate the effect) to show the beds. For now, though you’ll have to take my word for the way it’s working/going.

Along one of our fences (about 25 feet), I’m adding a whole continuous bed of hugelkultur. It’s only about a foot and half high, so on the short end, but not insignificant either.

I also planted a new tray of seedlings (which I’ve been procrastinating for over two weeks). This is my first mixed tray with two 3×3 cells of Red Acre Cabbage, Rosemary, and Cilantro as well as six 3×3 cells of Copenhagen Market Cabbage.

So I think I said that the fence is about 25 feet. I just realized how wrong that is. Yesterday and before yesterday I’d done 16 feet which was just under half the fence. So, in reality, it’s more like 35 feet. I did about 8-10 more feet meaning I have just around

Tomorrow it will get before freezing and possibly snow.

And it snowed. Quite a bit melted by the afternoon.

Now wouldn’t you look at that? Some more snow.

Easter Sunday. A day of rest for me.